On September 26 2022, NASA’s DART was man’s greatest technological achievement. That is no idle boast, perhaps even more important than going to the moon. Think about that for a second. As a species we are no longer doomed to go the way the dinosaurs did. 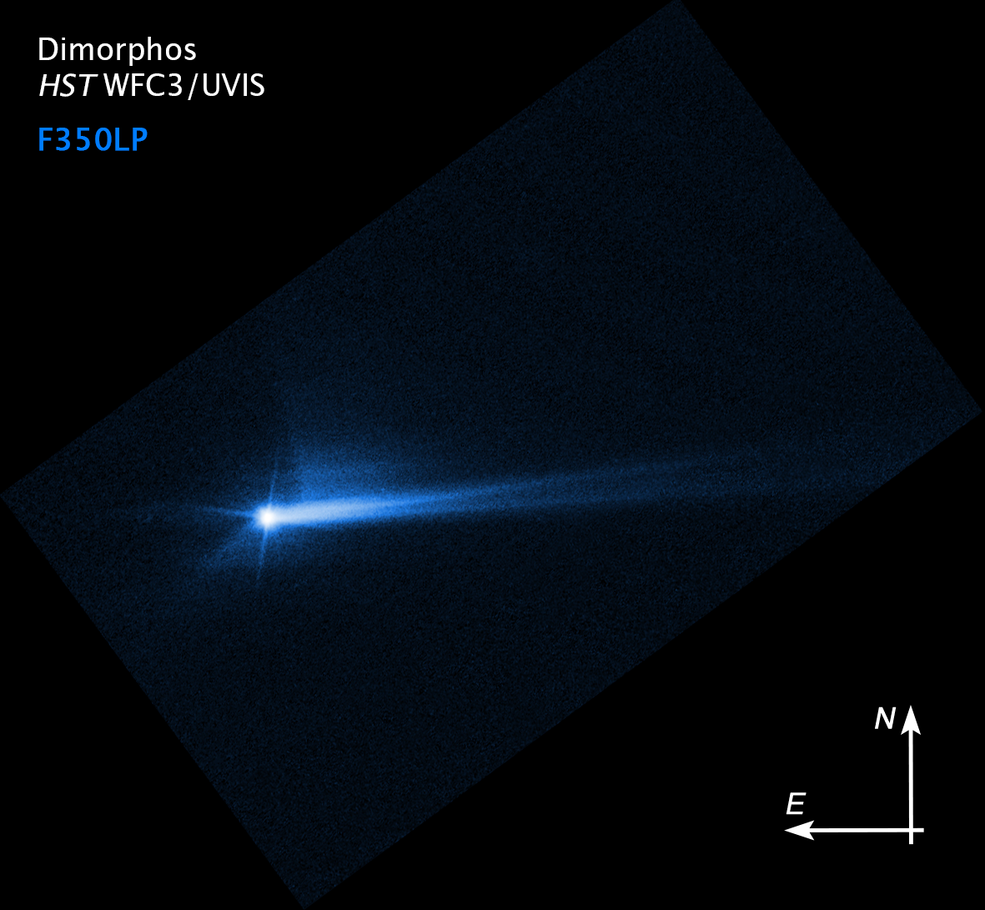 Credit: https://www.nasa.gov/press-release/nasa-confirms-dart-mission-impact-changed-asteroid-s-motion-in-space this link has a nice image.

Fair society’s mission statement was to support the development of Asteroid Research in preventing an extinction event. Any threat to life has first to be found and identified, and that was the society’s primary objective, assisting the boffins mapping our heavens.

Using the fledgling internet to create a global group specifically to raise funds for a financially handicapped science. A science that is literally dedicated to the saving of all life on Earth.

An in depth article from March 23, 1998, highlighted how scientists actually had a doomsday date and time on their radar for a bit. Prof. Toms Gehrels said they could have done nothing about it if it had proved true!!! 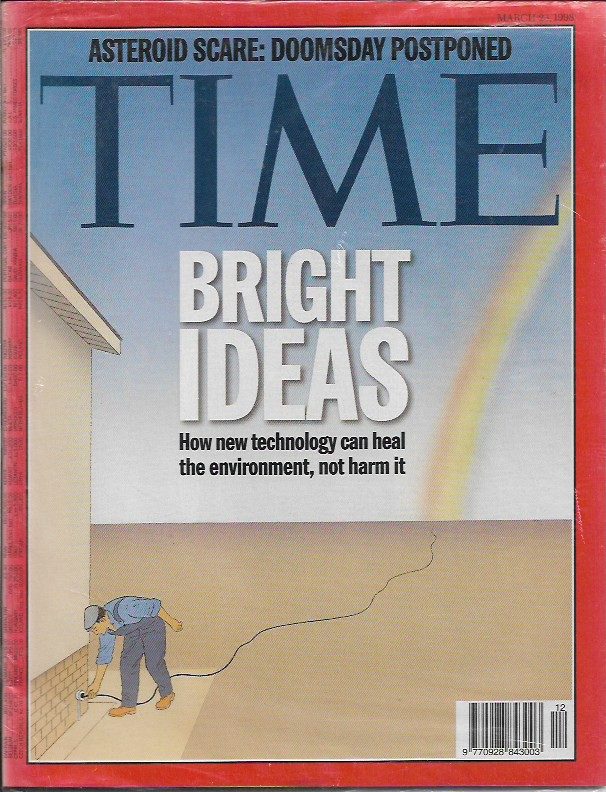 Doomsday was on the clock and wasn’t even the lead story, being relegated to page 82!

Searching for the original Time magazine which inspired the idea I discovered this funny doodled notepad: 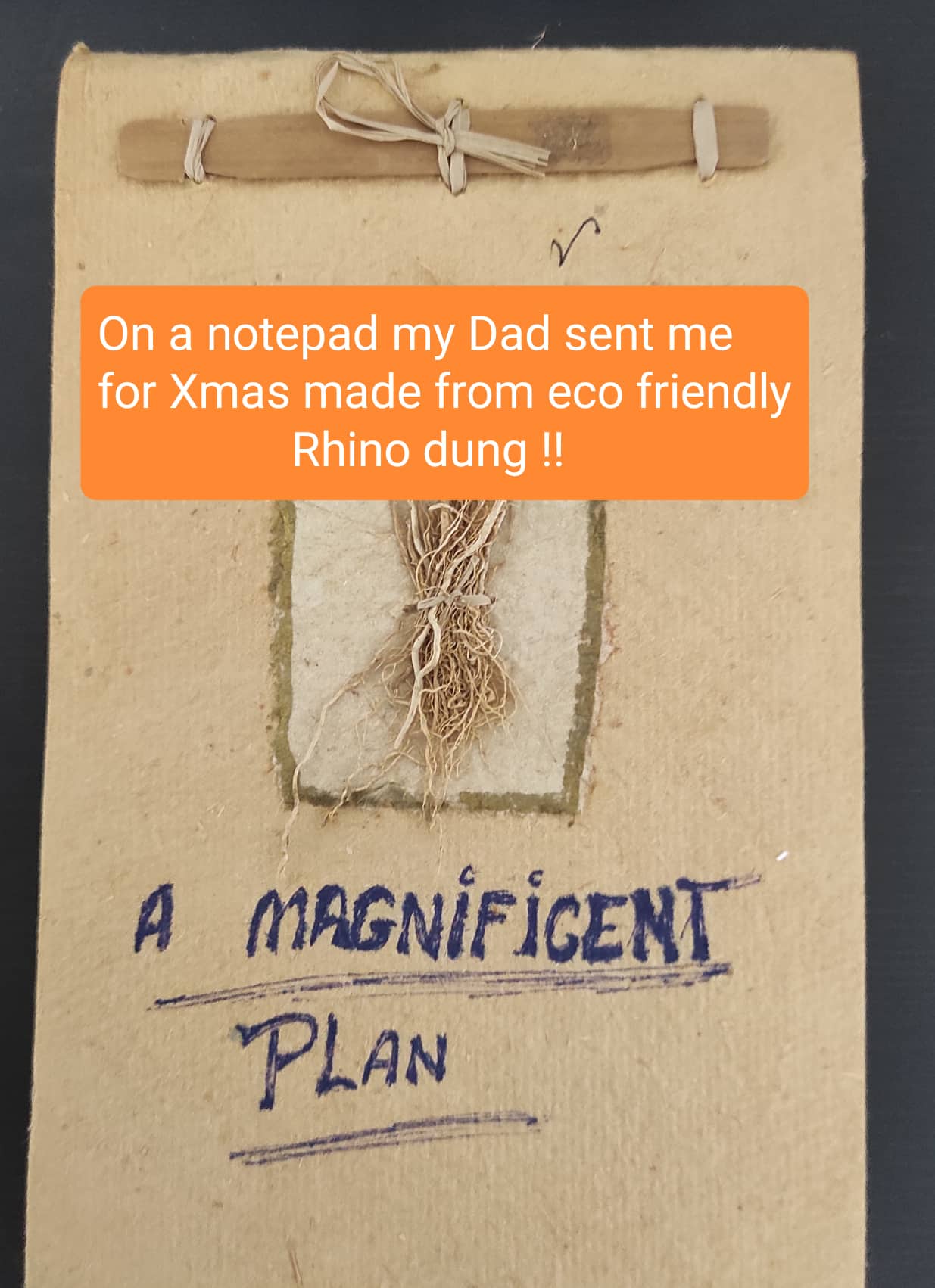 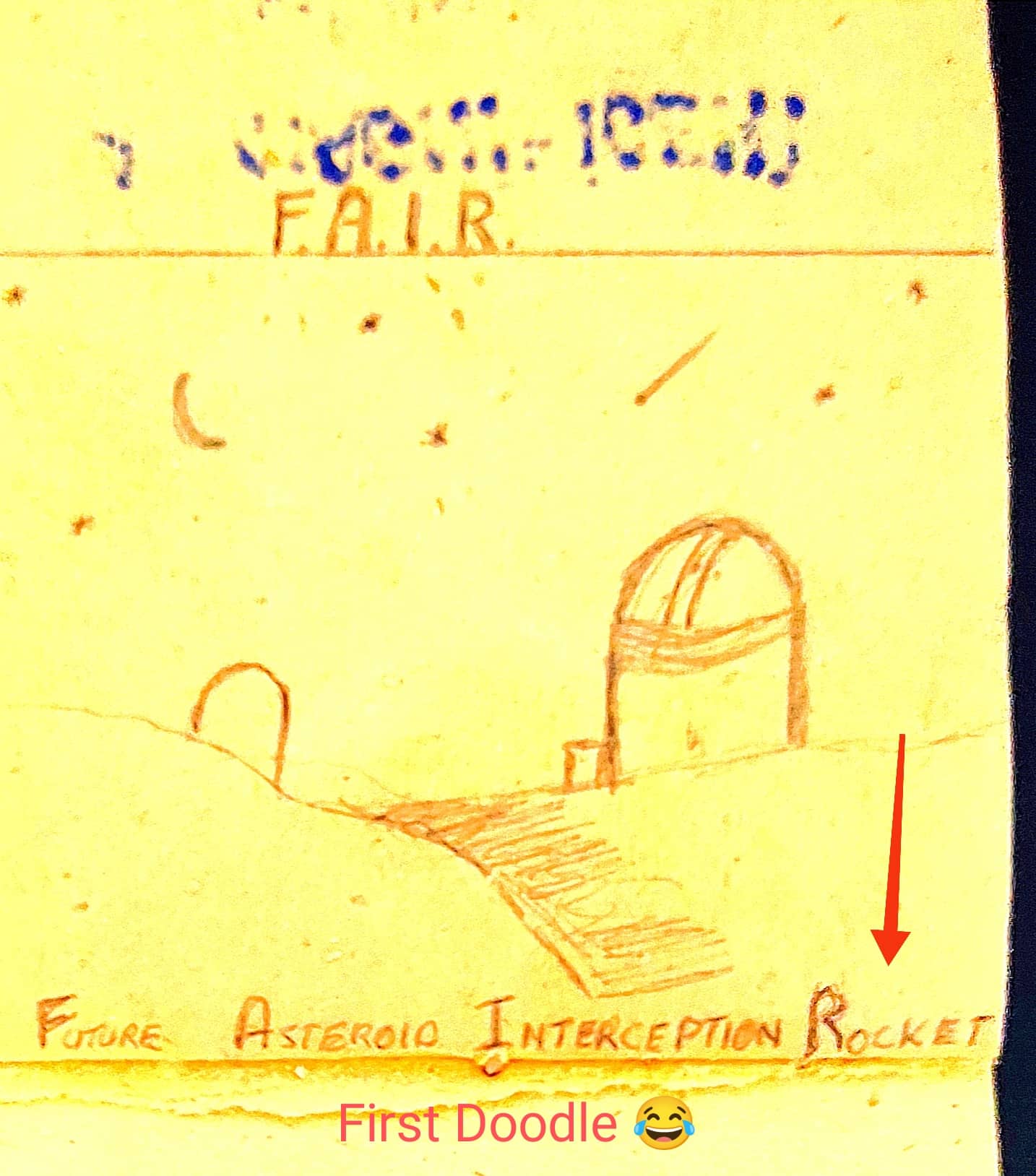 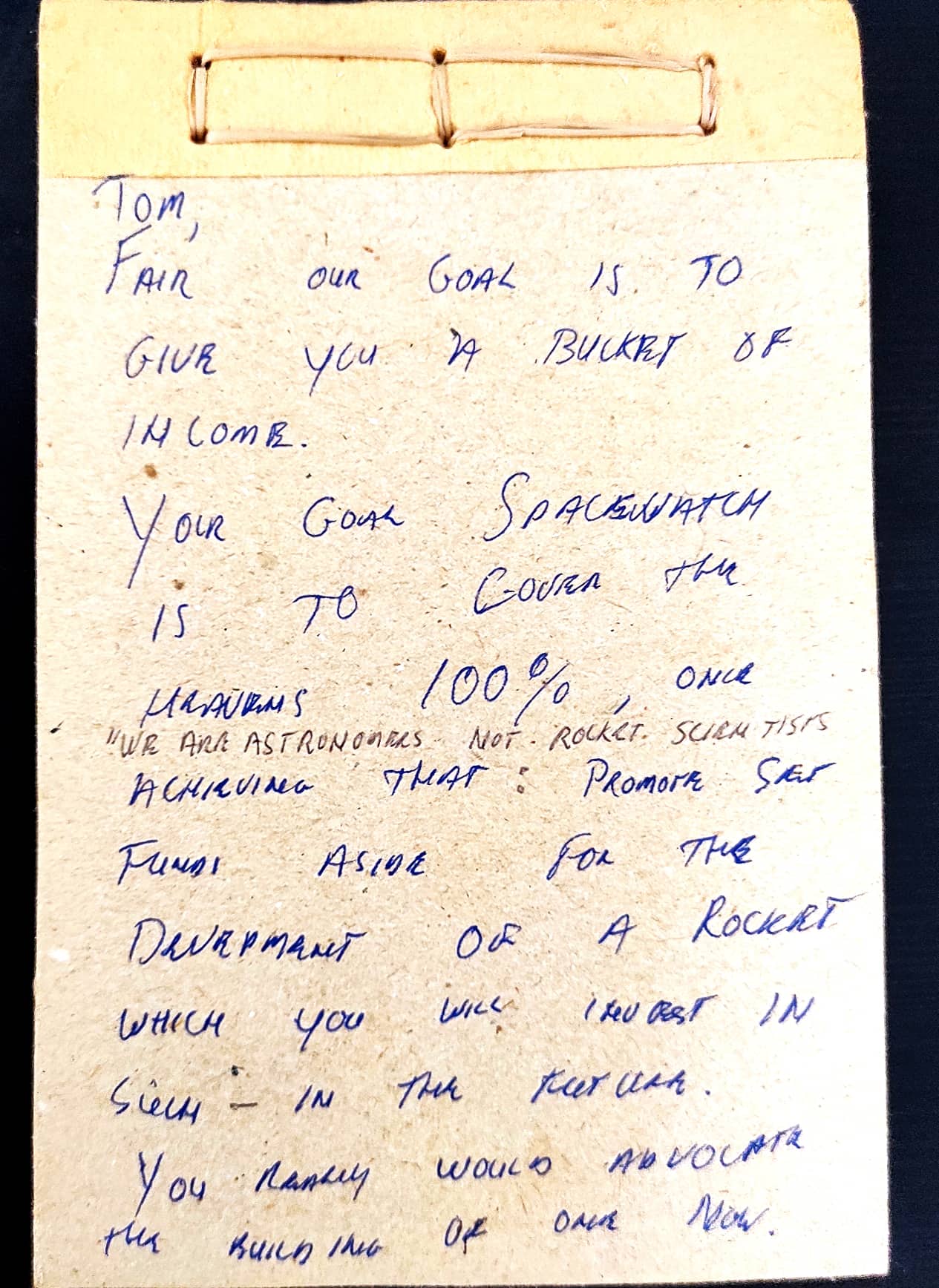 At the forefront of blueprints in saving the world from a killer asteroid at this time (late 1990’s) was the idea of hitting it with a rocket launched nuke or two.

So I had called it the Future Asteroid Interception ROCKET Society. Putting the list of society members on a CD, to be placed into the cone of the Rocket that was ultimately being launched to save mankind. All very noble stuff, ha!

This however was considered too diabolical to be taken seriously by those I approached, so I toned the society into something less radical: Research…

Tom Gehrels, a renown astronomer, was quoted Time as saying they received an pittance in terms of the overall space program.

Tom was a very gracious host when I visited him with my proposal, and one amongst many things I came away with from our chats, sitting at dawn on top of the Kitt Peak near the observatory, was about Extraterrestials. He was fairly sure we would have first contact in the near future and he hoped he would be alive to see it.

Sure the Fair Society did not’ perform or as well as I hoped despite some great publicity.

A submission the the BBC World’s weekly program ‘Click-on-Line’ dedicated to all new things about the internet was very favorably reviewed. (Sort of like Top Gear for nerds haha).

A talented cartoonist Scott Alan very kindly helped me with comic sketch ideas to go with stories published. Trying to lighten what, at first reaction, is usually very negative and incredulous response to the idea of Armageddon in real life (Fair actually was formed ahead of Mr Bruce Willis’s big-screen heroics).

Fair justified the reasons when questioned why.

We compared casino odds, and the ill spent funds on military. Even the God issue was answered when I took flak for interfering with his agenda etc…

Still we managed to raise over EU 2.000.00 for Spaceguard which was much appreciated and put to good use.

When a brain spends a lot of time mentally meandering about in stuff above our atmosphere, it tends to get expansive. In my case anyway I got to thinking beyond just saving Earth from annihilation and play with more adventurous space rhubarbs…. this required some science fiction. Introducing: 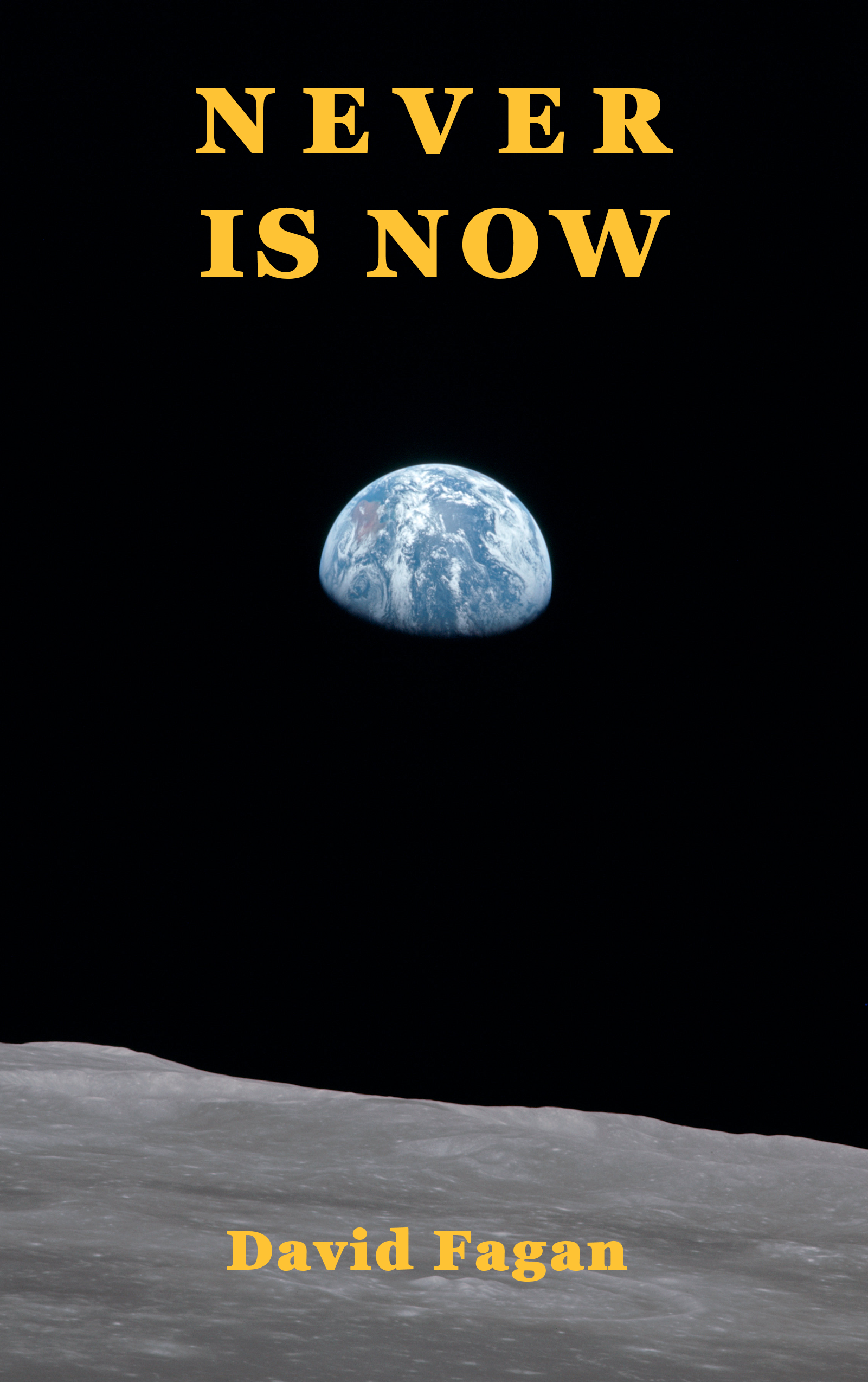 Special Thanks to the 141 members.

As I promised, your contribution will remain live’ while I stick around.

I hope too that some of the positive thinking within the fair website isn’t entirely lost. This was an awesome project to work on. Thank you all. 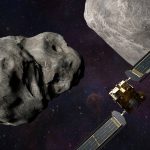 One momentous dart…In the News