An asteroid that exploded in the Earth’s atmosphere with the energy of three Hiroshima bombs this month has reignited fears about our planet’s defences against space impacts.

On 8 October, the rock crashed into the atmosphere above South Sulawesi, Indonesia. The blast was heard by monitoring stations 10,000 miles away, according to a report by scientists at the University of Western Ontario. Scientists are concerned that it was not spotted by any telescopes, and that had it been larger it could have caused a disaster. The asteroid, estimated to have been around 10 metres (30ft) across, hit the atmosphere at an estimated 45,000mph. The sudden deceleration caused it to heat up rapidly and explode with the force of 50,000 tons of TNT.

The asteroid was around 20 meters across and hit the Earth’s atmosphere at 45,000mph Photo: GETTY IMAGES

Luckily, due to the height of the explosion – estimated at between 15 and 20 km (nine to 12 miles) above sea level – no damage was caused on the ground. However, if the object had been slightly larger – 20 to 30 metres (60 to 90ft) across – it could easily have caused extensive damage and loss of life, say researchers. Very few objects smaller than 100 meters (300ft) across have been spotted and catalogued by astronomers.

Tim Spahr, director of the Minor Planet Center in Cambridge, Massachusetts, warned that it was inevitable that minor asteroids would go unnoticed. He said: “If you want to find the smallest objects you have to build more, larger telescopes.

“A survey that finds all of the 20-metre objects will cost probably multiple billions of dollars.”

The fireball was spotted by locals in Indonesia, and a YouTube video taken that day “appears to show a large dust cloud consistent with a bright, daylight fireball”, according to the Ontario researchers. An asteroid or comet fragment around 60 meters across is believed to have been behind the Tunguska Event, a powerful explosion that took place over Russia in 1908. The blast has been estimated at equivalent to 10-15 million tons of TNT – enough to destroy a large city.

The White House is to develop a policy on the space object impact threat by October next year.

So Why Don’t We Care?

An explosion with the force of THREE Hiroshima nuclear bombs exploded over Indonesia on October 8, 2009, and yet it hardly made news. Had the same destructive energy been the result of activity from a ‘rogue’ state, or a nuke of any country for that matter, it would have dominated headlines around the world for days. So why don’t we care?

For more than a decade now FAIR society been trying address that exact question. We have compared the NEO phenomena to other natural disasters pointing out this is the only one we could actually do something about. Showing how ‘authorities’ often get it wrong as in the Asian tsunami, when governments in the region predicted it wasn’t due for another seventy-years.

We discussed how comparing this cause to other down to Earth charities, is perhaps an incorrect perception because this is essentially a defense problem, simply because an asteroid is a missile after all, albeit extraterrestrial. So this matter should not be compared to ‘stealing’ funds from other more obvious crisis, like disease, famine or water shortages.

FAIR has highlighted the misleading idea that we have the problem under control because there are numerous reports of astronomical blue prints which could potentially deflect the threat… because any defense is only as good as its early warning system.

We have pointed out that if the world stopped it’s combined cost of one days’ conflict, and ‘invested’ in our planet’s future protection from space, the cash equivalent would provide the scientists with the funds they need to create an early warning system. That’s how comparatively ‘cheap’ the solution would be.

It is often plain human nature to erect traffic lights on dangerous intersections, only after a fatal accident. We addressed why governments are unable to support the cause of looking for space rocks because of politics. How asteroids are more dangerous than most realize, because even smaller more frequent asteroids can wreak regional catastrophe, causing climatic and global financial havoc as a result.

Granted general public awareness to the existence of asteroids and comets has increased in recent years, to the point that NEO (Near Earth Object) research is now accepted as main stream science. Yet still they come last in line when it comes to funding on space related projects. Ironically they could be the most important of all, as nobody knows when (no longer a question of if) we are going to be clobbered.

We have stressed that we really cannot afford to turn a blind celestial eye when the stakes are so high. The odds may not be as long as we think, and this science welcomes ANY help from the private sector.

Compared to all the daunting problems mankind is facing this century, the security of knowing we are not facing a major looming disaster from space, can be achieved for a fraction of almost all the other hurdles ahead of us. Especially in light of the fact that an asteroid strike could dwarf all the other combined.

We have emphasized that just because we are told the majority of “Earth Killer” asteroids have now been found, this does not rule out a significant life changing event from a smaller object we cannot spot.

The scientific fact that an incoming asteroid has to be found years away compounds the problem scientists’ face.

Probably the sad realistic point is like on so many occasions in our history, until the surface of our planet suffers some actual collateral damage will the world sit-up and take notice… one can only pray it is a ‘small’ impact, in a remote area.

Tom Chivers Telegraph.co.uk
Recent Posts
Search F.A.I.R. Society
Recent News
Frontispace Articles
Help the Cause
To learn about how to make a donation to SpaceGuard UK, please contact The Spaceguard Centre.
Copyright protected © 2002-2020 by the FAIR Society - All Rights Reserved Worldwide
Hosted and implemented by DIGIST and PC Green
Contact Us 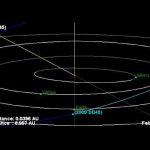 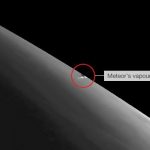