Spare a Small Thought for a Big Issue

After conception and birth, it can be argued that the biggest single event in life is death.

It’s a subject most of us don’t like dwelling upon, even in individual circumstances, so expiry en masse, total termination, extinction, whatever we call it, is perhaps one of the most difficult subjects to broach … an instant and understandable turnoff.

But one cannot address the issue of asteroids without the subject of massive catastrophe surfacing. What other possible causes could eliminate us in one fell swoop? We can do a damn good job with nukes, global warming could gradually kill millions, viruses and diseases may decimate us, but most will agree that mankind will probably not be entirely wiped out by any single catastrophe … all except one! A big chunk of flying rock—an asteroid or comet.

Science tells us that even a medium-sized meteor impact could block our life-saving sunlight for years.

Fact: It’s happened before, and it will happen again.

We have no idea when, though, because only a percentage of our heavens has been scanned for these NEOs. We have the tools to search; indeed, some of our astronomical equipment can observe distant galaxies. The truth is that the biggest threat to all of mankind is being researched by only a handful of seriously financially strapped scientists.

When one thinks that for the price of one hi-tech bomber, we could have an extraterrestrial early-warning system in place, one could be forgiven for thinking that there may be some disproportionate global spending going on.

That’s how it starts, this inverse contemplation. Why is this science so grossly underfunded? It is necessary to look beyond the here and now.

One reason is simply that current governments and authorities cannot justify spending taxpayer’s funds on looking for a long-odds rock in space. Also, it’s an international issue due to the nature of this concern as flying space rocks are not regionally discriminate.

So, a plan for a website which could channel contributions evolved, a site where Joe public could lend support. Much like a multitude of other similar non-profit organizations.

It seemed simple enough, but the problem also existed elsewhere, I found out. Most folk have a natural mental block when it comes to the topic of a “doomsday” asteroid.

A surprising number of people objected to the spiritual aspect of interfering with an Armageddon rock, although some conceded that not very long ago people put disasters such as hurricanes down to the will of God and that today satellite forecasting is generally an accepted form of intervention. This science tells that a flying space rock is just that, a natural phenomenon, just not an Earth bound one.

To give the skeptics another point of view, it was pointed out that even the highest-tech science does not necessarily contradict forces beyond our control, space shuttles being a prime example.

We have the science for the first time in the planet’s history to research and seek these objects for comparatively little.

Mounting scientific evidence shows that an encounter may occur sooner than we think; yet, we are closing observatories down rather than opening more.

That is simply illogical! 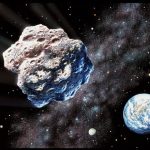 Good News! Nearly all extinction-level asteroids have been found.Frontispace Articles 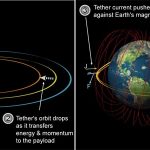 Another idea joins the list of blueprints for preventing an asteroid impact!Frontispace Articles