Good News! Nearly all extinction-level asteroids have been found.

But did you know that an asteroid measuring as little as 60 meters across hitting the Earth will cause an explosion 1,000 times that of the Hiroshima atomic bomb?

Given that with current technology it is unreasonable to expect to detect objects smaller than 100 meters in diameter with any reliability, astronomers say these “little” ones with the capacity to cause more damage than the Asian tsunami will remain a threat for decades to come—unless we intensify our research. 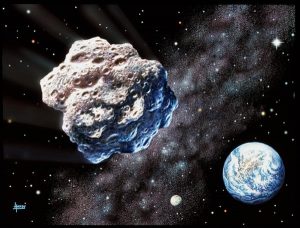 Artistic impression by David A. Hardy

Another alarming factor on the bad news side is that these smaller, as yet undetected, meteors are more numerous and, therefore, more frequently impact our planet (i.e., every few centuries).

Astronomers say the reassuring news that larger “extinction-level” objects (those a few kilometres in diameter) are easier to find and that there are probably no undiscovered objects with diameters of 10 kilometres or more left can give us a false sense of security. (The population is dynamic, and new ones will evolve Earth-crossing orbits in the future.)

According to scientists’ best estimates, the current survey to find 90 percent of near-Earth asteroids (NEAs) larger than 1 kilometre in diameter by 2008 will almost certainly succeed. Detection rates are already tailing off as the population of undetected objects decreases. For objects with diameters of less than 1 kilometre, the situation is much less comfortable. NASA has set a new limit of 150 metres, which is encouraging, and recent missions to comets and asteroids have shown that we are on the brink of being able to contend with threatening near-Earth objects of size. It’s the little guys that now pose the biggest threat.

Ask anyone near Perth in December 2005 who witnessed a streaking fireball that illuminated the night sky. An accompanying sonic boom blew dustbin lids off. The fireball was seen by passengers in airplanes and terrified citizens across the region. It was the size of a basketball!

Unlike other natural phenomena, asteroids are rapidly becoming something that is no longer beyond our control but something we can change. All we need is the courage, foresight, and funding to do so. 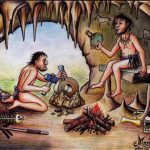 Why Are There No Pyramids or Ancient Temples in North America?Frontispace Articles 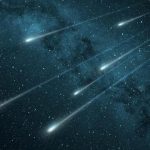 Spare a Small Thought for a Big IssueFrontispace Articles