PEOPLE throughout WA were left in awe last night when a spectacular meteorite fireball shot through the sky. The Sunday Times was flooded with calls from many who witnessed the show from vantage points across the state.

The spectacular display was seen from Perth to Kalgoorlie and south to Albany, as well as in the north.

The meteorite caused bright flashes and a sonic boom and was thought to be the most spectacular show of its kind in WA in the past decade.

People traveling in aircraft saw the amazing show from the skies.

A news crew from The Sunday Times saw a fireball and tail while driving along Bulwer St. in the city.

Astronomers believe the meteorite passed through the Earth’s atmosphere about 300 km southeast of Perth, about 8.47 pm.

“It caused a sonic boom, because it was traveling at a much higher speed than the speed of sound through the atmosphere,” he said.

“We don’t think it landed, it probably burned itself away to nothing before reaching the ground.

Excitement and bewilderment around the state last night was reminiscent of 1979, when the American space station Skylab plummeted to Earth near Esperance.

Mosman Park woman Diana Hammond, formerly of the US, was with six friends on a boat off Rottnest Island. They watched spellbound.

“I’ve seen a UFO over the desert in Utah in 1977 and this was much bigger and much brighter and much quicker,” she said.

Geoff West, of Wagin, was harvesting 20 km north of Kojonup when he saw the sky light up.

“I’ve never seen anything like it, it was hair-raising,” he said.

“It was like a big bolt of blue lightning that just went on and on and on. It was quite scary. You could just see the flash go for miles.”

Bunbury resident Richard Lyon was walking across Hans Oval when he witnessed a “rainbow of colours” in the sky.

“This thing just lit up the sky, I was just gobsmacked,” he said.

Paul Phillips was enjoying a coffee at the Rottnest Tea Rooms when he saw what he described as a huge ball of flame with a big tail.

“It was spectacular but frightening at the same time,” he said.

“It was so intense I was just hoping it wouldn’t hit anybody when it hit.”

“I was waiting for the Earth to start shaking, it just lit up the sky like daylight,” she said.

“Maybe 30 seconds after the flash, there was this big roar like thunder.”

The major networks and news publications all covered the story, but are we still denying the bigger issue?

“A once in a lifetime opportunity” is how one major news channel described the fireball that lit up the night sky near Perth Australia on December 4, 2005, like it was some entertaining, lucky-to-see, pyrotechnic display.

The fact that this event scared the wits out of onlookers did not deter the media from whacking it in as a fun news item, and nobody appeared to mention the obvious: that this firework was bigger and faster than any rocketry we have in stock, and we were all lucky it wasn’t an even more exciting celestial exhibition.

Caught on amateur video travelling at the awesome speed of an estimated 70 000 kph, a meteor illuminated the night sky for a full 15 seconds before it disappeared from sight. Its fiery tail visible in various parts of the region (even seen by passengers in planes) and heard for hundreds of kilometres was awesome enough for one witness to expect some sort of “cataclysmic event” to follow the sighting.

More astounding is the fact that all the raw energy for this brilliant light show and its window-rattling sonic booms came from something as small as basketball, scientists say.

Yet, even in the face of such an vivid hint, most choose to ignore this phenomenon and won’t entertain the idea that objects larger than sports equipment threaten our existence.

In psychobabble, this would be called “denial,” which never makes the problem go away. Searching for the problem is a step in the right direction.

Take that step with us by supporting this drastically underfunded field of astronomy and joining the FAIR Society.

Unfortunately another spectacular pyrotechnic incident involving a meteorite in Canada wasn’t caught by any of the 70 witnesses on camera; as a result, it went comparatively unnoticed in the international media. On January 18, 2000, in Tagish Lake district, a fireball caused the ground to shake and left people with a smell of burnt sulphur in their noses … [more]

TESSA HEAL and BRADEN QUARTERMAINE
Recent Posts
Search F.A.I.R. Society
Recent News
Frontispace Articles
Help the Cause
To learn about how to make a donation to SpaceGuard UK, please contact The Spaceguard Centre.
Copyright protected © 2002-2020 by the FAIR Society - All Rights Reserved Worldwide
Hosted and implemented by DIGIST and PC Green
Contact Us 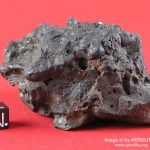 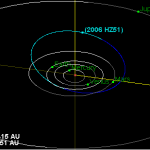