Are mirrors the best way to deflect asteroids?

Focusing sunlight onto an asteroid with space-based mirrors is the best way to deflect Earth-bound space rocks, a new study finds. The mirrors beat out nuclear blasts and “gravity tractors” in the study, which compared nine different deflection methods.

Asteroids larger than 5 kilometres across—such as the one that killed off the dinosaurs—hit Earth about once every 6 million years. But smaller space rocks spanning about 140 metres strike more often, about once every 5000, and they can cause significant damage.

Now, researchers led by Massimiliano Vasile of the University of Glasgow in Scotland have compared nine of the many methods proposed to ward off such objects, including blasting them with nuclear explosions.
The team assessed the methods according to three performance criteria: the amount of change each method would make to the asteroid’s orbit, the amount of warning time needed and the mass of the spacecraft needed for the mission.

The method that came out on top was a swarm of mirror-carrying spacecraft. The spacecraft would be launched from Earth to hover near the asteroid and concentrate sunlight onto a point on the asteroid’s surface.

The scientists found that 10 of these spacecraft, each bearing a 20-metre-wide inflatable mirror, could deflect a 150-metre asteroid in about six months. With 100 spacecraft, it would take just a few days, once the spacecraft are in position.

To deflect a 20-kilometre asteroid, about the size of the one that wiped out the dinosaurs, it would take the combined work of 5000 mirror spacecraft focusing sunlight on the asteroid for three or more years.

Vasile admits that launching and controlling 5000 spacecraft is a daunting prospect. “I must say honestly that 5000 is really a lot,” he told New Scientist. But he says launching a few dozen spacecraft to deflect a smaller asteroid is within our capabilities, pointing out that this many spacecraft were launched to create the Global Positioning System.

The mirrors came out ahead of the so-called gravity tractor option, in which a spacecraft simply flies alongside an asteroid and nudges it off course using the tiny force of the spacecraft’s own gravity.

The problem with the gravity tractor is that essentially what you have is a low-thrust spacecraft that is pulling the asteroid,” Vasile says. “The gravity tug, for the same mass into space, requires more time” and moves the asteroid by a smaller amount.

The nuclear explosion option fared about as well as the mirrors in the rankings. But the team says it is less desirable for other reasons, such as the possibility that it would break up the asteroid into fragments that could still hit Earth.

But Clark Chapman of the Southwest Research Institute in Boulder, Colorado, US, says ranking the options based on what gives the largest nudge and takes the least time is wrongheaded.

The most likely type of asteroid humans will have to deal with is in the 50- to 100-metre size range. Chapman says such space rocks require relatively little effort to move, and he argues that searches for near-Earth objects (NEOs) will probably find them long before they may strike Earth.

The proper way to go about ranking this “is to give weight to adequate means to divert an NEO of the most likely sizes we expect to encounter, and to do so in a controllable and safe manner”, Chapman told New Scientist.

The best approach may be to ram the asteroid with a spacecraft to provide most of the change needed, then follow up with a gravity tractor to make any small adjustments needed, he says.

But Dan Durda, also of the Southwest Research Institute, says the mirror idea should not be ruled out prematurely. “I think we need to have a lot of tools in the toolbox and the mirrors options have a place at the table of options to be considered,” he told New Scientist.

This is not the first time scientists have proposed using mirrors to deflect an asteroid. In 1993, Jay Melosh of the University of Arizona in Tucson, US, proposed using one very large mirror deployed by a single spacecraft for this purpose.

Vasile’s team presented their findings recently at the Jodrell Bank Observatory in Macclesfield, UK, as part of celebrations for the 50th anniversary of the launch of Sputnik.

The other options considered in the study include:

Mirror Mirror in the Sky …

The latest scientific idea in dealing with the threat of an incoming asteroid has been deemed perhaps the most innovative yet: deflecting the rogue space missile with mirrors—better than the use of nuclear missiles, gravity tractors, space sails, painting one side of it, or even pushing it off course with a planted rocket engine.

But, and this is a big but, whilst this proves that we are on the brink of being able to save ourselves technologically from destruction, we are as yet incapable of tracking asteroids less than 150 meters wide. Considering that an asteroid this “small” can devastate an entire region, there is still a huge flaw in all this comforting defence science. Consider too, that the Tunguska event of 1908 in Siberia, in which an area bigger than greater London was flattened, is thought to have been caused by an asteroid a mere 60 meters in diameter.

It’s all very well to be able to defend oneself from a threat, but it is crucial to know first whence this threat comes. To this end, we should also be focusing on research into finding these smaller and more frequent space rocks. Sadly, this area of astronomy does not receive the attention or funding to expand its operation. It is imperative to remember that whatever form of defence is employed, a threatening asteroid has to be intercepted when it is still years away.

It has been said that if the lookouts on the Titanic had been issued with a simple pair of binoculars on that fateful night, the catastrophe could have been averted. We need more binoculars first. We should be issuing them, not sitting back and waiting for the helmsman to steer us away from an unseen threat.

David Shiga, NewScientist
Recent Posts
Search F.A.I.R. Society
Recent News
Frontispace Articles
Help the Cause
To learn about how to make a donation to SpaceGuard UK, please contact The Spaceguard Centre.
Copyright protected © 2002-2020 by the FAIR Society - All Rights Reserved Worldwide
Hosted and implemented by DIGIST and PC Green
Contact Us 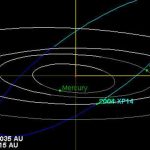 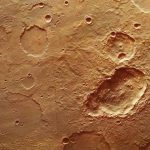 Mars Could Be in for an Asteroid HitIn the News