As a kid, I got hooked on C. S. Forrester’s Horatio Hornblower series based on the life and times of England’s most famous admiral, Horatio Nelson.

Despite documented facts and scientific data to the contrary, I have found that most people are turned off by the idea of an extraterrestrial cannonball striking the good ship HMS Earth—at least not on our watch!

However, this analogy does seem to strike a chord when I’ve tried to describe why FAIR is necessary. 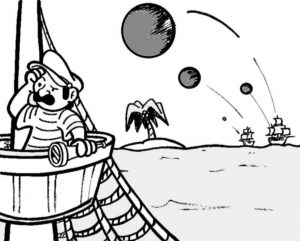 Imagine for a minute that we are crewmembers on the flagship HMS Earth sailing along, minding our own business, when out of the blue a large cannonball, in this case the 2002 NT7 NEO, streaks across our bows. Had it struck our ship it would have been fatal blow. Alarmed, Horatio shouts up to the sailor in the crow’s nest.

“Where did that come from, and are there any more?”

“I don’t know, Captain, I’ve only got one telescope and can only see a fraction of the horizon.”

During the next few months at sea, this type of event occurs a dozen more times, and each time the guy in the crows nest answers in frustration: “I don’t know, Captain. I can’t watch 360 degrees on my own. We need another couple of blokes with eyeglasses.”

One day a cannonball passes so close that even the crew on deck see it pass overhead with the naked eye, and still the seaman at the masthead is requesting more help.

That is all this website is endeavouring to do—point out that we have had fair warning and to rally the crew into providing more telescopes. 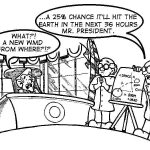 Giant Meteorites Not on Your List of Concerns?Frontispace Articles 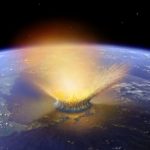